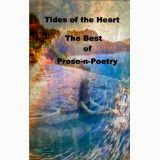 When I found I could get a book published I decided to collect all my other works and put them in a book. In 2012 I published "Lyrics, Limericks and Poems."  Little Man is included in the book. As a matter of interest, I submitted Little Man to Cowboy Poetry and they rejected it. They said, not because it was a bad poem, but it didn't fit their guidelines."
Posted by Denise at 2:54 PM